I created the DIY Science Zone™ in 2013. Where is the #DIYscizone going next?

It has been fantastic 5 years! It would not have been a success without the zone’s amazing donors, the super zone scientist volunteers, and host & staff support by GeekGirlCon. I have served for over five years as a GeekGirlCon staff member manager the zone I created, being on the social media team prior to that. Thank you, GeekGirlCon! 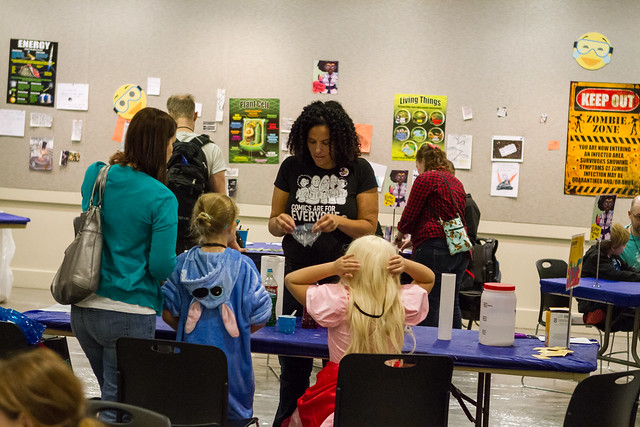 I “…. may use TM for goods or SM for services, to indicate that you have adopted this as a “common law” trademark or service mark.” See the USPTO’s Trademark, Patent, or Copyright?